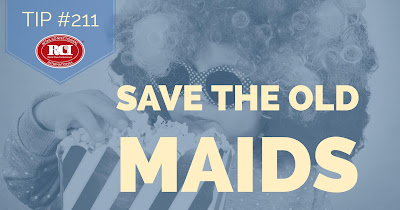 You wouldn’t throw your Thanksgiving turkey away if you could use the leftovers to make turkey sandwiches for the next two weeks, right? Then why would you throw away the unpopped kernels at the bottom of the popcorn bowl?

Most would consider the popcorn kernels that fail to pop (also known as old maids), to be the duds that remain seemingly unaffected at the bottom of the popcorn bowl. Did you know, allowing “old maids” to absorb moisture can actually rejuvenate them?

David Woodside, author of What Makes Popcorn Pop?, suggests filling "a one-quart jar three-quarters full of popcorn and adding one tablespoon of water. Cover the jar with an airtight lid and give it a few good shakes every few minutes until the popcorn has absorbed all the water. Store the jar in a cool place."

After two or three days, test-pop the “rejuvenated” batch of kernels. Extra stubborn old maids may need a few more drops of water if they fail the test. After adding more water to the jar, shake it, and let it sit for a few more days.

This process takes very little time and could help you reduce waste and save money if you pop a lot of popcorn.

Stay connected with RCI through Facebook for more tips and inspiration dedicated to the retail candy maker. Not a member? Click here to learn how RCI can help you build your sweet business.
Posted by Retail Confectioners International at 7:00 AM

We appreciate your feedback!
RCI will review all comments before posting.

Retail Confectioners International
We are a trade association serving the chocolate and confectionery industry. For information about RCI events and education, visit retailconfectioners.org.

Don’t miss the opportunity to celebrate dads in a big way this year! Father’s Day is June   21 st and we’re sharing sweet gift ideas that a... 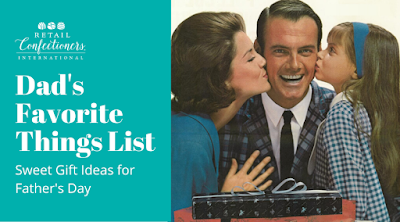