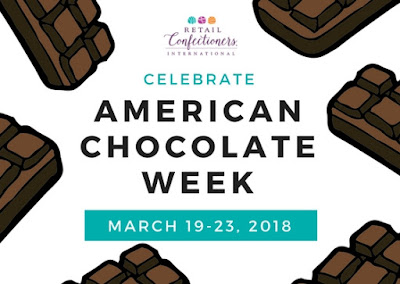 Our favorite time of year is just around the corner -- American Chocolate Week! Five whole days of chocolatey celebration, Monday, March 19 through Friday, March 23! Here’s a few of our favorite ways to celebrate with consumers!
Have fun celebrating a holiday so sweet we need five days to celebrate! How will you be celebrating American Chocolate Week? Share in the comments below.

Stay connected with RCI through Facebook for more tips and inspiration dedicated to the retail candy maker. Not a member? Click here to learn how RCI can help you build your sweet business.
Posted by Retail Confectioners International at 10:15 AM No comments:


Regardless of any groundhogs’ predictions, the arrival of spring is a month away! This means more outdoor festivals, farmers markets, picnics and parties on the horizon. Don’t let warm weather keep your business from shining at outdoor events by featuring more sturdy treats that aren’t as likely to melt in consumers' hands.

RCI member Hilliard’s Chocolates’ toasted coconut marshmallow is their “tried and true” summer confection. Try it yourself with this recipe from Epicurious.

RCI member, Kakao Chocolate shared a creative idea at a past Candy Clinic for a mess-free summery chocolate treat. By piping ganche into compostable cups, Kakao Chocolate’s truffle shots allow them to deliver the same great chocolatey taste their known for at farmers’ markets and other outdoor events without the threat of chocolate melting in customers’ hands.

As long as they’re not coated in chocolate, you can count on these hard candies to stand tough. This recipe for sweet and smoky brittle from MarthaStewart.com would make the perfect addition to a summer BBQ or pool-party themed display or sold at a farmers’ market.

Fudge
Not only do many fudge recipes hold up to reasonable heat, no-cook fudge recipes can help you keep the temperature down in your candy kitchen. Check out this tutorial for watermelon fudge that screams summer! Consider inserting popsicle sticks into watermelon wedges to serve as fudge pops.

A staple at any outdoor carnival or boardwalk, these sugary clouds melt in your mouth, but not in your hand. When stored properly, cotton candy can withstand relatively high temperatures and deliver pops of color to your booth or retail shop. If you don’t want to make it yourself, Chocolate Storybook wholesales 31 unique flavors of hand-spun, specialty cotton candy from classic pink vanilla to spicy jalapeno.

Outshine the sun this spring and summer with these 5 delicious treats that can tolerate the heat, without turning into a melty, soupy mess.

Note: The above recommendations are intended for use in reasonable conditions and not guaranteed to withstand extreme heat, such that might occur in shipping during spring and summer months.

Stay connected with RCI through Facebook for more tips and inspiration dedicated to the retail candy maker. Not a member? Click here to learn how RCI can help you build your sweet business.

Posted by Retail Confectioners International at 9:28 AM No comments: 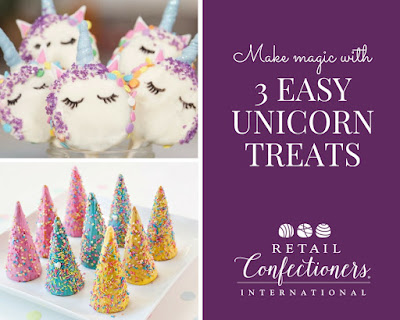 For being a rare and mystical creature, ironically, unicorns are everywhere these days! Consider incorporating these fun and simple unicorn-inspired treats into your spring and summer merchandising for some added sparkle, sure to inspire impulse purchases for birthdays, baby showers, and just for the fun of it!

Transform your favorite sandwich cookies into unicorns with a few easy steps. Click here to view a video tutorial by PopSugar.

All you need is sugar cones, colored confectionery coating and sprinkles to make magic in the form of unicorn horns. Click here to view the recipe from Hostess with the Mostess.

Who doesn’t love chocolate-covered pretzel rods? Add a swirl of caramel, bright colors and a little shimmer and your customers will feel the magic with every bite! Consider making a special batch for samples using the broken pretzel rods. Click here for a step-by-step tutorial.

RCI Tip: Open your bag of pretzels and leave it open the night or day before you plan to coat them. By allowing the pretzels to get slightly stale, you are removing moisture which helps prevent surface cracking in the chocolate.

Group these magical treats together for impact, and get creative with colorful unicorn merchandise and a fun framed unicorn printable (click here to download a free unicorn printable from RCI) to create a whimsical world fit for a unicorn in your candy shop.

Stay connected with RCI through Facebook for more tips and inspiration dedicated to the retail candy maker. Not a member? Click here to learn how RCI can help you build your sweet business.
Posted by Retail Confectioners International at 9:08 AM No comments:

Tip #255: 5 Mistakes You Could Be Making When Writing a Press Release 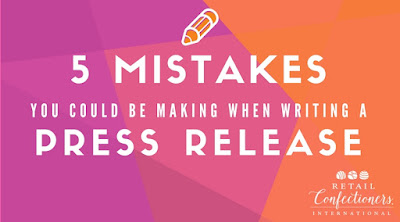 When it comes to getting media coverage, candy shops have a major advantage. Candy! And who wouldn’t want to see more candy and chocolate on the news?!

1.) You didn’t proofread!
Nothing loses credibility faster than spelling errors and poor grammar. Make sure to read and re-read your press release carefully and, then, ask a friend or two to proofread it for spelling and grammatical errors. Invite them to share constructive feedback on how to make your press release more newsworthy.

2.) Too much hype!
If your press release sounds too much like an infomercial, there’s a good chance it will get rejected. The intent of a press release is to help the media deliver news. If you want to pay for advertising, however, the sales department will gladly accept your money and your hype.

A press release should deliver the facts and explain why your news is relevant in an objective manner. As an overall rule, avoid subjective claims, like “the best,” and other cringe-worthy marketing jargon. 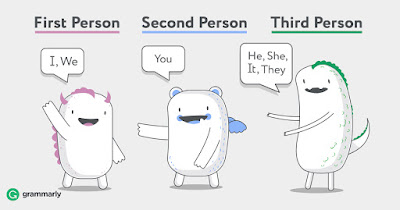 3.) Me, myself and I included
A press release written in first or second person (e.g., I, we, you) is a big no-no! Not only does this make the content seem subjective, it creates a lot more work for journalists to make corrections, making it less likely to get published. Always write press releases in third person (e.g., he, she, it, they). Within a quote is the only place it is acceptable to use first or second person. 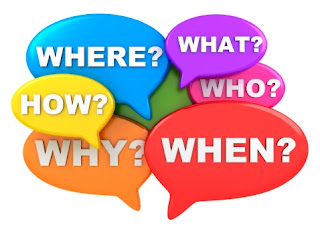 As a good rule of thumb, try to limit press releases to one page. But before going overboard with the backspace, make sure you’ve addressed the 5 Ws and 1 H (who, what, when, where, why and how).

A well-written press release can offer more return than any paid advertisement. Avoiding these common mistakes will help you write a press release your local media won’t want to pass up.


Stay connected with RCI through Facebook for more tips and inspiration dedicated to the retail candy maker. Not a member? Click here to learn how RCI can help you build your sweet business.
Posted by Retail Confectioners International at 7:43 AM No comments:

Retail Confectioners International
We are a trade association serving the chocolate and confectionery industry. For information about RCI events and education, visit retailconfectioners.org. 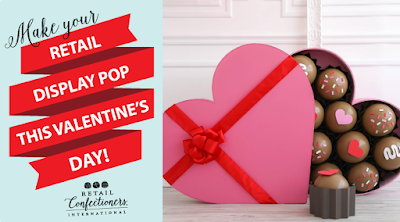